As publishing endeavors to address inclusion and diverse representation in fiction, an inevitable question arises: Can authors write characters whose experience is outside of their own?

This article appeared in the February 2019 edition of Writer’s Digest. Subscribe today to get WD all year long.

Questions of representation in literature are a tale as old as time, coupled with that other great conundrum: How can we write about experiences outside of our own? The best fiction has the ability to transport readers into another’s shoes and make readers consider a new perspective. And while the question of writing the Other is evergreen, the assessment of how to do so successfully is an ever-evolving story.

When I think about why writing across difference is so important, I remember my childhood and how books changed my perception of the world and of myself. Two specific books were a huge influence—Laurence Yep’s 1982 novel Dragon of the Lost Sea and George Seldon’s 1960 book The Cricket in Times Square—but between them, their treatment of Chinese characters and culture couldn’t be more different. Yep spent much time doing research into Chinese myths and legends before even taking up the project, and I was completely swept away by the adventures of the dragon princess Shimmer and the human orphan Thorn on their quest to restore the Inland Sea. The Cricket in Times Square, on the other hand, featured racist stereotypes: Sai Fong, who teaches the newspaper boy Mario about the importance of crickets in Chinese culture, speaks with a broad transliterated accent and works out of a derelict laundromat. Mario and his family benefit from talented Chester the cricket, while Sai Fong remains a mystical minor character.

While both books were praised during their time, The Cricket in Times Square sent a certain message about Asian characters: We all talked in broken English, held ignoble jobs and acted only in service to the white characters. Yep’s story, however, showed how characters who looked like me could be heroes, and demonstrated that not all fantasies must take place in medieval Europe.

Several lessons for today’s authors can be drawn here. One is that writers are capable of composing stories that uplift the marginalized (or, alternatively, ones that push them down). The second is that while Seldon might not have realized how racist his portrayal was, and certainly the mostly white literary community of the time didn’t either, it doesn’t excuse the fact that the book has biased content. Finally, a third lesson is the understanding that writing effective diverse stories is a skill that can be learned. Later on in high school, I picked up Robert Olen Butler’s 1992 short story collection, “A Good Scent From a Strange Mountain.” I was astounded by the way Butler captured life in the Vietnamese immigrant community, which resonated with my own family experiences. Writing the Other is possible. It’s simply a matter of doing so respectfully, and responsibly.

Writing Is Hard, But Writing #ownvoices Is Harder

In conversations about the challenge of getting published and the current movements around diversity and inclusion, one misconception I’ve heard from many aspiring authors is that marginalized writers are getting an “advantage.” Historically, culturally dominant voices have had a leg up in publishing (typified by straight, white, able-bodied men). In recognition of that imbalance, it’s true that publishers are working hard to right the ship by supporting more books by diverse writers. This is not to hit any sort of “quota,” but to bring enriching stories and voices to the marketplace that have long been missing. For example, Angie Thomas’s 2017 novel The Hate U Give has a powerful take on police brutality, made more so from being written by a black woman affected by this violence. The hashtag #ownvoices has been used online to elevate stories about underrepresented communities as told by writers in those communities.

Despite recent efforts, statistics still show that #ownvoices stories are being left behind in the industry. It’s a misunderstanding to think that marginalized authors have a sudden advantage because “diversity is trendy.” To take some recent numbers from children’s literature: According to the Cooperative Children’s Book Center annual survey, multicultural content increased from 28 percent in 2017 to 31 percent in 2018, but the number of Black, Native and Latinx writers only increased from 6 percent to 7 percent. This means that publishers are choosing to publish more white authors who write multicultural content than writers of color. More evidence can be found in the genres I edit, science fiction and fantasy. Fireside Fiction magazine has done extensive work in recording the lack of black writers published in short fiction in their 2016 #BlackSpecFic report, and has been corroborated by FIYAH magazine’s Presence of Blackness (POB) Score Report of 2018. Such cases illustrate how greater power dynamics impact who gets published, how they get published and who gets ignored.

On top of institutional challenges, underrepresented writers face cultural challenges as well. Because of the historic lack of marginalized stories in pop culture, minority writers must deal with the added pressure that their individual story comes to inherently represent the whole of their community. Even the blockbuster success Crazy Rich Asians was hit with backlash that it did not represent the entire Asian diaspora. Policing identities has also become an issue: Whether a marginalized person can “prove” they can write about their own experiences. This has been especially harmful to queer writers who’ve felt forced to out themselves in order to write about the LGBTQ community.

As long as the majority of industry decision-makers remain white, straight, able-bodied and affluent, anyone who falls outside of those categories will have additional obstacles to overcome in order to be published.

Invader, Tourist or Guest: A Writer’s Guide to Cultural Difference

Bearing all that in mind, what kind of responsibility does a writer then shoulder when writing characters whose experience extends outside of their own identity? One ethical approach has been described in Nisi Shawl’s essay “Appropriate Cultural Appropriation.” (Shawl also co-wrote Writing the Other, the classic volume on this subject, with co-author Cynthia Ward.) Shawl asks creators what mindset they have when looking to add other cultures or experiences in their work: Are they an “invader,” a “tourist” or a “guest”?

An invader, as the term implies, is the most harmful approach, in which writers act without any regard for the feelings of the community or the responsibilities in representing them. “Invaders arrive without warning, take whatever they want for use in whatever way they see fit,” Shawl explains. “Theirs is a position of entitlement without allegiance.”

Examples of an invader mindset include:

Writers who act as tourists are a step-up. Tourists acknowledge they are outsiders deeply interested and invested in learning more about the Other. As this term also implies, however, tourists can act positively or negatively—think immersive traveler Anthony Bourdain in “Parts Unknown” versus an undergrad on spring break in Cancun. A respectful tourist mindset embodies these qualities:

A negative example of a tourist mindset would be “going native”: the assumption that one can instantly gain expertise through limited time or experience, and showing such superficial knowledge off in a self-important way.

According to Shawl, acting as a guest—being someone with insider knowledge, familiar connections and trust—is a level of authenticity and craft a writer can strive for, but is a status that must be given to them by the community they wish to represent. No one can assume to be a guest, but must instead be welcomed as one.

The Next Steps in Writing Diversity

After examining the different approaches as described by Shawl, here are some follow-up actions I’d recommend based on my editorial experience:

Being able to effectively write from the experience of others requires more than just strong ability, but also a level of awareness about yourself and your role as a storyteller. As Daniel José Older acknowledges in his essay “12 Fundamentals of Writing ‘The Other’ (And the Self),” it’s a writer’s job to enter into someone else’s head. But can writers take ownership of the stories and experiences of another in the process? Would doing so help enrich the reading experience, or would it be considered a type of theft? Older suggests that writers ask themselves: “Why do you feel it falls to you to write someone else’s story? Why do you have the right to take on another’s voice? And should you do this?”

Especially considering the statistics mentioned earlier, it’s important to consider what socio-political advantages you may possess, and how your story might overshadow or limit opportunities for a marginalized community.

Research is key, but how you research even more so. Look at your sources and consider whether they hold any possible bias. For example, the popular 19th century photographer Edward Curtis tended to romanticize and mislabel his Native American subjects, thus turning their experience into art that didn’t accurately or respectfully depict the community. Make sure to use museums, libraries, documentaries, academic sources, community cultural centers and trusted experts to inform your portrayal.

3) Get some sensitivity readers.

Sensitivity readers (also known as cultural consultants) act like a critique group, except their specialty is evaluating authenticity and flagging any possible incorrect or damaging elements. Always use more than one such reader, as one person should not be treated as if their advice represents an entire people. Change readers with each major revision to maintain a fresh perspective. Be prepared to get some great insights, but also be ready to act accordingly if a sensitivity reader says a story aspect is offensive or inappropriate and must be scrapped. Sensitivity readers should not be treated like stamps of approval, but as advisors whose opinion must be taken seriously. Also, be sure to fairly compensate sensitivity readers—their work is equivalent to a developmental edit and should be treated as such.

4) Realize your story is still your responsibility, not anyone else’s.

When your work is published, its criticism will span broadly: some story aspects may be praised for their authenticity, while others may be seen as inaccurate. Inevitably, you will make mistakes. That’s OK. No piece of art can be perfect. It’s also not the critic’s fault for pointing out flaws. While there are many ways to handle reviews, criticism regarding cultural appropriation, racism, sexism or another form of oppression should not be ignored or cast aside, no matter how much work you’ve done to avoid harm. You, and only you, are responsible for addressing these criticisms. At the very least, sincerely apologize and make amends to do better, as evidenced with concrete actions.

Reflecting on what you’ve now learned, does writing across difference sound complicated? Well, it should be! Understanding that alone is the tip of the iceberg. That said, with time, craft and true ethical dedication to your work, it is possible to portray diversity effectively. In doing so, you’ll also master a good chunk of what it means to be a quality writer. It is an act of courage to put your book out into the world, no matter what your background. It is also an act of deep understanding and respect to write the Other well. Poet Nikki Giovanni may have summed up the matter best: “Writers don’t write from experience. Writers write from empathy.”

The post Representation in Fiction: How to Write Characters Whose Experiences Are Outside of Your Own appeared first on WritersDigest.com. 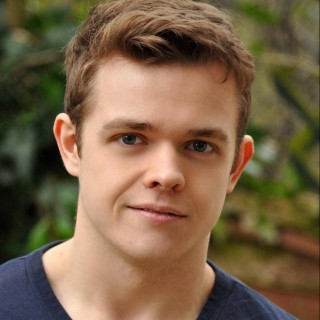 Lee Peterson is an intelligent and good-natured computer programmer. He spends most of his time at work but during weekends, he takes time in bonding with his friends and family.